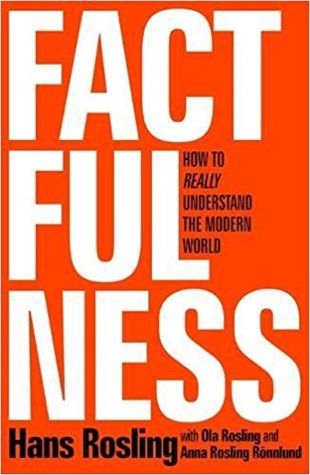 This book by Hans Rosling was first brought to my attention by a dentist friend  of mine, who summarized it well, “It just shows you the world isn’t nearly as bad as we hear it is. It’s  better, healthier and safer than at any other time in history.”

I’m sold.  That’s what I want to see – because sometimes the Earth just seems kind of scary.  I mean there’s poverty, terrorists, political side choosing and EMP’s to worry about.  There’s war and dictators keeping all the rice and water for themselves and disease and crimes against humanity and the news and social media makes it all seem so small and close to me.   Like outside is just a little scary and sad. And I have the gall to complain about my thousand dollar phone and electric toothbrush.

Today I woke up I felt pretty good.  I mean, I have running water, pets, a bed, a roof, a car, a job – am I just one of the few? – the elite and privileged?  Because most of my friends live like I do.

We have it pretty good right now.   Flavor Flav and Chuck D told us “Don’t Believe the HYPE” but we did.  We believed it. I mean, who’s going to trust Flavor Flav? He married the Russian’s wife from Rocky 4 right?  What the hell does he know?

Now usually I have book reviews on health stuff, diets and lifestyle.   BeAwesome365 is built to make you life better and this one will!

This book is about the stats – It’s great and it makes me feel like the stuff we do as a society makes a difference.   The world, our planet – IS improving and the numbers are there to show it. Despite the social media videos, the news coverage, the school shootings and my friends that are certain we’re all on the cusp of collapse.   It is improving…Rapidly. As Hans says, “just ask your grandmother.”

Just answer.   He’s given this quiz to tens of thousands of people (and chimpanzees) of all age groups.  You won’t be singled out.

Now, Before he unveils the correct answer, let’s compare what groups think what.   Did the educated answer better? Did adults vs kids score better? Did YOU living in the US score better than that mom of 3 in Senegal?

You’ll have to read it –  I’m not going to spoil it for you.   It’s interesting.

Now let’s look at the answers.

What I really like and at the same time feel sad about is his use of numbers and rethinking tragedy.    This is tough stuff to read about, but its not gory or personal. Dr. Rosling just points out that if these many people died from X 30 years ago and now its Y – look, Y is still bad, it’s horrible – but its soo much better than 30 years ago.  Its improving.

OK, I making this example up but here’s the idea.   If 3500 people died from train wrecks 100 years ago and now there is a train wreck, what..once every few months?   Every year? Well then look, its improved and gotten better. Safer, smarter and smoother so yes, a train wreck is still horrible but it’s so much less than at any other time in History.   Today on the East coast and Asia a billion people rode the train safely to work. (20 million in Tokyo today!) Not sold? – Train wrecks are old news? I don’t ride a train? Let’s look at Airlines then.    How safe are we there? How about medicine? Longevity, Pollution, Poverty….its all good stuff.

In this, the digital age of instant stats and figures and the ability for these topics to go Viral, I am so happy for a book that lets me just look at the numbers in a new light – FACTFULNESS lets me compare and contrast differently than I did before.  It forces me to THINK before I just resend and outrage and hate. It lets me call BS to the graphic on my facebook feed and on the evening news.

We, as Americans, need this book.  Not to see how good we have it (we do though) but because it makes me want to continue and to help and to enjoy all the hard work we’ve been doing and makes me welcome the idea and the future that we as a species are building.

It also just relaxes me – a lot.  Primarily it teaches me to see things with a different perspective and just step back a second from all the screaming and bombardment of information and numbers and graphs and tickers on the bottom of the screen and violence and decision making we see each day.

I have never quite seen a book like this one before and am really happy I got it.   If you absolutely hated stats class in college it’s because you never had someone make it come alive like this book does.   I loved it! FACTFULNESS will make you better.