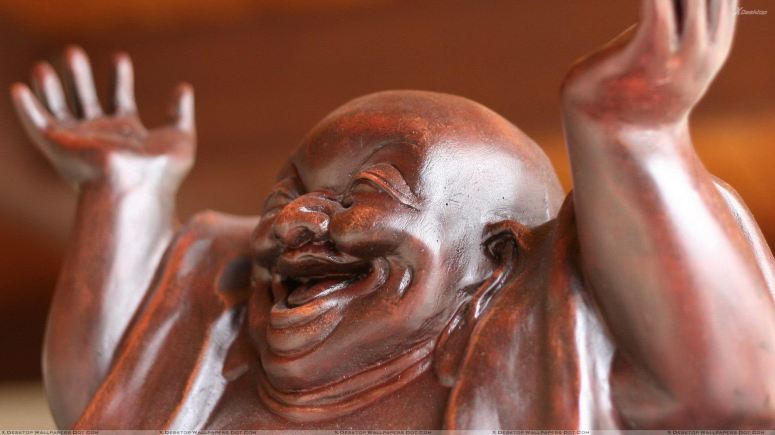 This site was built to make your life (and mine) less complex.  Sometimes I write on Health and rehab stuff, sometimes Life, Sometime BioHacking but sometimes just plain simple fun.  Something to make you smile.   It’s built for enjoyment, the sharing of ideas, and generally for a boost of feeling good for the day.

With that as my disclosure before the start of this particular post – realize that this one is more of the fun, silly variety.

Feel free to skip this and move on to another more serious post if it just isn’t your deal.

Not to say that this post can’t add to your life -It’s still a “real deal life tool” that definitely has added to my life and as weird as this seems,  I actually use this method a lot in life.  A lot.

It just makes my day easier.  It makes my day more flavorful and enjoyable and takes what is normally a stressor and reallocates “stress” to the realm of trivial chuckles.

So this tool, as I’ll use it, is built for you and you’re dealing with those people in your life that are just too much.  Too Loud, too annoying, too aggressive (pick your flavor), and could and should be used for the weird, rude, strange, and spooky characters that pop up in your day-to-day activities and life.

The front desk girl at the doctor’s doesn’t even look at you when you sign in.   (agh!)

The mechanic that makes you feel like a joke and uncaring ass when you only want an oil change.

The characters that despite your fantastic explanation and thoughtfulness of presentation in any particular problem just refuse to change their minds or help a hand.

So.. yes?  Do we all have these people?   Do they drive you insane?  Wreck your day?  Make you grouchier?  Well not anymore.   My tool can help.

Imagine that all this, the people, the scenario, the struggle is all just entertainment value, added to your life, as watched above…from the gods.

Ok, I’m not talking about the literal GOD, creator of the universe and benefactor of the Human race and planet Earth (although I’m certain He has a sense of humor.) I’m more speaking in the style of an invisible audience that tunes in from time to time to see how you’re doing. (Use the Nordic Gods, Roman, Greeks  – Laughing Buddha was just too perfect not to use as a picture)  Despite who you use, they represent your laugh track and are “filmed in front of a live TV” audience.

OK hang with me here,  I know this post is a stretch.   Seriously though, these annoying, spiteful, terrible or just plain “off” people and positions you get to in life are the cast and stage in your life.

Imagine your favorite sitcoms.  These shows are filled with funny abrasive characters that would most likely NOT be your friends but are a HUGE part of why you tune into the show.

You tune in because every week there is something that happens that really has no bearing on the inner working of the universe BUT still manages to capture your attention.

I loved Seinfeld while it ran.   I thought it was skillfully done and hit on real points in real life.  However, as much as I enjoyed tuning in and liked the reruns, none of those characters would be my friends in real life.    Cast from Cheers?  No way.   Third Rock?  No, I’d hate most of these people  – but they make for great entertainment.

The scenarios and cast are what make the show.   Now imagine your life IS THE SHOW!

Starting to see where I’m going?    The maniac soccer dad, yelling at me because my kid pushed his kid down is no longer a source of stress for me but more of an internal chuckle  –  a “character” in my life.

Just got cut off in traffic?  I will literally think, “Ok, who put this clown in my path today?  Haha good one guys!”

The crazy guy at the grocery that sprinted to get in line in front of me and commenced paying his $40 bill…with change?!  “No problem, where’s the camera?”

The idea of these strange personalities in your life are for entertainment value is completely insane I know, but it is great fun.

Call it a coping mechanism or whatever you want but there are a handful of you out there that will really like this post.  I’ve used it for years and have told many friends about this and they seem to love and appreciate the idea.

It’s a fantastic thermostat for stress.  Turn down the anger and annoyance and turn up the inner feeling of happiness of an inside joke.

Especially effective for the people that show up in your life you have no control over.  Because face it – you don’t have control over these people.  Better to roll with it.

You know in your circle of people that ONE person that doesn’t fit quite right?    All of your friends are complaining about this misfit.  To the point that they are really irritated – it’s affecting the group.     I’ve been there, repeatedly – instead of joining in and adding any negativity I now typically answer  “Oh her?  She’s fine – just an interesting character in my life that adds entertainment to my day.  She’s my Kramer.”

Feel free to extend this technique to family outings such as reunions, wedding parties, work scenarios, sporting events, vacations, and the guy in the airport that you just know is going to get the seat next to you.    Wherever and Whenever you need it, apply it.

It’s absolutely golden and rarely fails to both entertain and stop drama in your life.